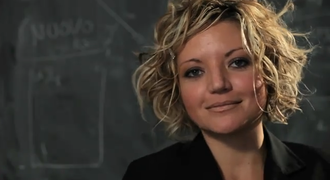 Dr. Vittoria Colizza is a permanent senior researcher at Inserm (French National Institute of Health and Medical Research) & Universite Pierre et Marie Curie, Faculte de Medecine, Paris, France. She also has a joint appointment at ISI Foundation, Turin, Italy. She completed her undergraduate studies in Physics at the University of Rome Sapienza, Italy, in 2001 and received her PhD in Statistical and Biological Physics at the International School for Advanced Studies (SISSA) in Trieste, Italy, in 2004. She then spent 3 years at the Indiana University School of Informatics in Bloomington, IN, USA, first as a post-doc and then as a Visiting Assistant Professor. In 2007 she joined the ISI Foundation in Turin, Italy, where she started a junior lab after being awarded a Starting Independent Career Grant in Life Sciences by the European Research Council Ideas Program. In 2011 Vittoria joined the Inserm in Paris where she now leads the EPIcx lab (Epidemics in complex environments, www.epicx-lab.com) within the Pierre Louis Institute of Epidemiology and Public Health (UMR-S 1136).
Her research activities are based on sophisticated models and massive empirical datasets aimed at producing advances in the surveillance, modeling and prediction of epidemic spread. They are further supported by theoretical approaches integrating methods of complex systems, network science and statistical physics aimed at underpinning the mechanisms behind observed spreading phenomena.
In addition to the ERC Starting Grant in 2007, Colizza received the Young Talent Award by the Italian Ministry of Youth in 2010, the Prix Louis-Daniel Beauperthuy 2012 (Human biology & Medical sciences) by the French Academy of Sciences, the Young Scientist Award for Socio-Econophysics in 2013. She is Member of the Steering Committee of the Complex Systems Society Conference, Advisory Board Member of the WHO Collaborative Center ‘Complexity Science for Health Systems’ (CS4HS), Advisory Board Member of the AXA Research Funds Funding Program. She served as the Young Advisor to the Vice President of the European Commission Mrs. Neelie Kroes for the new Digital Agenda for Europe in 2011-2014, and as Advisory Board Member of the FET Young Explorer Funding Program for the FP7 Framework of the European Commission.